It’s Sunday again and that means it is: 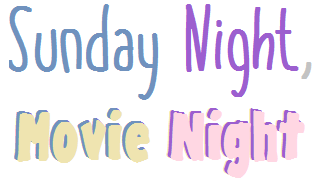 Since it was close to a tie last week, with Silver Bullet being the winner, I thought it only fair to go with last week’s number two for today:

Synopsis: Two parents and their three children (teenage daughter, son of seven, and daughter of five) get tormented in their own home by a poltergeist. Or actually, poltergeists, because it turns out there’s more than one. The youngest girl mysteriously disappears after a series of inexplicable events, and then the quest to bring her back from the twilight zone ensues, as well as finding a way to get rid of the (evil) spirits all in all.

Okay, this family is seriously dysfunctional. A little girl wakes up in the middle of the night, goes downstairs and starts talking to, and screaming at, a snowy television. The whole house wakes up from her, they all go down to look (except for the father, who’s asleep in the chair), and NOBODY tells her off for her weird behaviour, or asks her who she’s talking to.

And who in their right mind attempts to flush down a parakeet? Or puts their kids to bed and not close the curtains? Not even to mention whatever the heck the parents were doing in their bedroom (and I don’t mean sex, I mean smoking pott and imitating Donald Duck…). Again, these people have more problems than just that poltergeist.

Which makes me wonder where that comes from, anyway. It’s been a while since I last saw this movie, and I suppose I always assumed the family had just moved into their house and the poltergeist had simply always been there. So far, the only thing I could make out was that they came out of the TV (“They’re hee-eere”).
So, if only the people in the movie had switched that device off before going to bed, there wouldn’t have been a single ghost to worry about.

I guess TV really does have a bad effect on people.

This film is hilarious. What do you do when your son gets eaten by a giant tree while a tornado is rapidly moving your way? Exactly, you stand firmly put in your back yard, one arm wrapped around a wooden pole so you won’t be blown away, and the other one desperately stretched out towards your poor son who’s nowhere within your reach, while you scream out his name.
Of course, after your husband saves your offspring, it’s only natural that the demonic tree gets swooshed up by the twister, while you and your family remain unharmed.

Except for your youngest daughter, who is being sucked into her closet at the exact time of tree-gate.

And then, when searching for their youngest sprite who has mysteriously disappeared (into the TV, as it later turns out), they leave their just-rescued son alone. Talk about bad parenting, they’re losing kids here and there! If I was the poltergeist, I’d probably do the same. Some characters just deserve to die.

I know this movie qualifies as a horror, but there’s an overwhelming sense of ironic humour intertwined. Like when the poltergeist-experts visit the house. Or when the mother (and the rest of the family, for that matter) remains fairly calm for someone who has just lost a child to an invisible entity. Plus, why would anyone want to stay in such a haunted place anyway? Apart from waiting for the youngest daughter to magically reappear again, I don’t see any reason why you’d want to stay put with your remaining kids. I for one would be too scared to lose another (I, for one, would not keep my TV on while I am sleeping, nor would I amuse myself by making fun of the poltergeist by playing games with them in the kitchen. In fact, I think I’d have left the building before anything seriously tragic could have happened).

By the end of the movie, it’s not better. Even after recovering all her children and packing up all their belongings into boxes (they finally realised living in a ghost house is not so great after all), they still remain there for the night and the mother manages to tell her seven-year-old and her daughter of five to “answer the phone” (if it rings), and: “tuck yourselves in”, while she takes a long bath.

Why they even have a teenage daughter is beyond my knowledge at this point; she has practically no part in the film whatsoever.

Anyway, although the ending is mighty and grand, it does raise some questions: why do the spirits need at least five years (the youngest child was born in the haunted house) to manifest themselves? Provided the family’s home was built on a cemetery, why did the poltergeists take so long to wake up and start messing around? (Turns out they didn’t come from the TV after all, but from the newly dug pool in the back yard).
Also, why is there a giant creepy clown-toy in the kids’ bedroom?? It constantly freaked the son out, even when it hadn’t come to life yet, so why on earth keep it? Beats me.

Again, main conclusion is these two parents were not fit to have a family. The teenage daughter is constantly missing in action, and when she does show up at the end, she stalls her family’s escape to safety by standing put and screaming stupidly because her house is being torn apart by angry spirits. Well, if you had shown up a little earlier, you wouldn’t have missed out on all the fun.
The other kids are also not well looked after and either get kidnapped by poltergeists or eaten by trees. They always seem to end up all gross and greasy. And where are the parents? Too busy digging up corpses in a hole that’s supposed to become a pool.

As dysfunctional families come, I think we have a winner here. As horror movies come, I think it’s safe to say this one definitely deserves to be watched. Although the special effects were a little outdated (but what do you expect from a film from 1982?) they were still pretty good. The best parts, however, were all the scenes without specials, the ones were you could feel the tension, you could sense something was about to happen, but you didn’t see a thing. It’s the art of raising illusions; my brains were working overtime. That’s the real thriller effect.

Overall, I’d say that the story of Poltergeist is a bit weak, for instance the reason the spirits were angered should have been played out better, but fact is it remains a classic horror movie and a great laugh. I wasn’t bored for one second.

Favourite scene:
There were many scenes I enjoyed, but the scene that always gets to me is the one with the chairs. After the spirits move out of the TV and into the house, they start to play tricks with the kitchen chairs (among other things). The mother neatly arranges every chair around the table, goes to grab something from a kitchen cabinet, then turns back around and sees this: