“Canada is the homeland of equality, justice and tolerance” – Kim Campbell

My flight to Vancouver leaves in two days. Well, in less than 48 hours, actually. My stress levels are going through the roof as we speak, but this is mainly due to so many people asking me if I’m “all set” already.

I mean, seriously, do I come across as someone who’d pack their bags a week before leaving on the actual trip!?

Okay, better not answer that…

As from Saturday, I won’t be able to blog regularly for a fortnight. Which I completely blame Canada for, by the way, hence the video (which is also the only song about Canada I know).

In fact, I realised I don’t know anything about Canada at all! Apart from them having wild bears (and salmon? Do they have salmon, too?).

Normally I get handed an information booklet of the country I’ll be travelling to, but this time I got nothing. Zilch. I have no idea what the country’s national dishes are or what’s typical for its inhabitants behaviour-wise. I was told everyone there really likes tips so I should bring lots of money, but who doesn’t like to get handed a little extra?

I don’t even know which coat to bring! Am I right to take my put-me-on-and-you-can-survive-any-nuclear-winter-winter-coat? Or should I settle for my leather jacket instead? No clue.

Another thing is the group I’m travelling with. Twenty-nine complete strangers! Now, I know I’m bound to like someone, but what if I don’t? What if they leave me behind and I am eaten by a grizzly bear!? I always imagined I’d be eaten by a panda instead…

Anyway, this holiday is to release some stress, not create more of it. Everyone keeps telling me Canadians are kind people and their country is gorgeous, so I have no choice but to believe that.

A full fortnight long, I will not be overly active on any online platform (which is an inside joke; like I ever do anything that doesn’t involve WordPress or my email). I will not post my regular posts and I will not respond to comments or emails like I usually do (which reminds me I still have a few emails lying around that need a reply- oops!). I will not enhance your lives with my brilliantly found quotes, nor will I shower you with my wisdom, and that for two whole weeks! I hope you will all survive.

I know, it’s a sad fact. But it’s not my fault! In fact, if you want to blame someone, you better blame Canada!

But honestly, if anyone out there has any tips for me (regarding the weather, food, nice souvenir ideas), I’d love to hear them! 🙂

PS: What’s up with that quote? I thought that’s what people thought of the Netherlands? (it’s not true about the Netherlands, by the way, but still).

The Canada-nerves have started to kick in, especially after I learned I will be travelling there with twenty-nine others (and I hate big groups of people – talk about being a human paradox!).

Anyway, I found this quote and it made me laugh, so I thought I’d share 🙂

PS: to all people who have emailed me: if by tomorrow I have not replied (busy busy busy!), then you can file an official complaint which you can send to the email-address you already have. Just make it a long one, so I’ll have something to read when abroad 😉 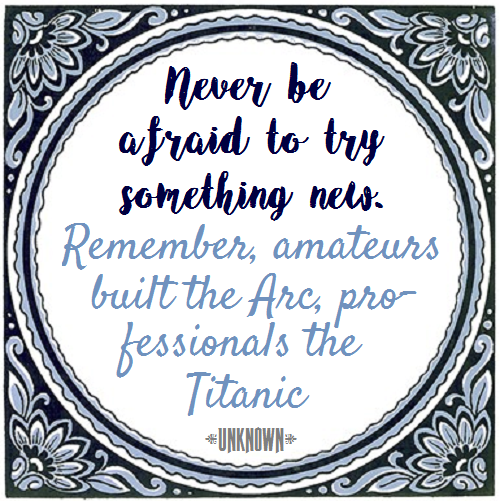 “Don’t live up to your stereotypes” – Sherman Alexie

Entschuldigung to all Germans out there, but this videoclip (and the original is even longer!) always makes me laugh. If it’s any consolation, though, Dutch and German are similar in sounds and pronunciations, so both languages sound equally harsh. In fact, I think Dutch sounds even harsher as we tend to chop words up and make it all sound like we’ve been eating while talking and are ready to spit our food out again. Just saying.

So anyway, stereotypes. Always fun. You see people and your mind automatically makes assumptions about them. You don’t even have to try, it’s what our brains do. We have to process so much information on a daily basis, we automatically start putting that information into boxes. Kind of like finally tidying up your room/house and putting things together that were separated for a long time.

It happened to me yesterday, when my idiot sister came over for a visit (yay – please notice the absence of any enthusiasm in that yay) and decided to hang around for four hours.

And she never even asked how I or my parents were doing… Anyway, moving on.

Thing was, she left past our normal dinner time and I was hungry. A hungry Samantha is a VERY grumpy Samantha, so me and my parents decided to go out for dinner. Because let’s face it: I was not going to stand in the kitchen for another forty-five foodless minutes. I just couldn’t wait that long.

And here is where the real story behind this post happened: we went to a buffet restaurant and as me and my mother stood in line for the grill, patiently awaiting our turn, someone tapped my shoulder.

Now, if you’re new to this blog and to me, here’s a little information about me: I hate physical contact, especially when it’s a complete stranger who touches me, and as for the situation described above, I found I had long passed that stage of my life. Like, passed it about twenty years ago, when my nine-year-old me thought tapping strangers’ shoulders was fun.

As a result, I refused to look over my shoulder to see who it was. I figured it couldn’t be someone I knew, because my mother was standing next to me, unaware of anything strange happening, and my father was sitting at our table guarding our personal belongings. Plus, if it had been an acquaintance he or she would have said something, but nobody did.

After I didn’t engage in this sad and very unfunny practical joke, which was later repeated using an older woman’s shoulder, I heard two Jersey Shore-like men discussing me behind my back, where one of them said: “What a c***, she doesn’t even look!”

At this point I figured he must be on to me! For years I have been trying to become bitchier and I was secretly excited someone unknown had finally noticed!
Also, I made a mental note to add this to my upcoming Sunday Summary: “What did you learn on Monday? That I am a c***.” Ha ha! :’)

The Jersey Shore look-a-likes were soon joined by two female ones that looked like they had come straight from the set (I can’t even be bothered to put a link in here… it’s too awful. If you’ve never heard of the show, Google it. But be warned: it’s not pretty). One of them came up while the cook was already emptying the contents of two full plates of meat and fish onto the huge grill, and said (not a joke, sadly): “Yo, Chinese guy, give me some *list of food items to be grilled*”

Cook (looking very insulted and pointing to his full plates and the huge line of people): “In a minute miss…”

Girl (interrupting him): “No, NOW! And add some *insert more food here*”

Cook (finishing his sentence): “…because as you can see my grill’s nearly filled to the max already. You’re going to have to wait.”

How this man kept his cool is beyond me, but the look-a-likes eventually stopped caring and started chatting to each other instead. Later, back at our table, me and my mother noticed there were more than just the four of them we had encountered at the grill. There was a huge group of them, seated in the back, and they all looked alike. They all sounded alike. We paid some attention to them and noticed how all of them were alike in belittling the employees, and how they were downright and equally insulting to (or rather: about) many others.

I know they are just people. I know they have a long way to go. I also know that if you would catch one of them alone and start a conversation, you’d probably learn there is more to them than what meets the eye, just like there is more to me than the way I look. But I had a very hard time pushing away the stereotype they were so bravely portraying: dumb, lazy, vain, disrespectful, and unworthy of my time.

But then again, what do I know, really? Apparently, I am nothing but a c***.

“Ignorance is the curse of God; knowledge is the wing wherewith we fly to heaven” – William Shakespeare

First of all, happy Pentecost to all! I hope you’re enjoying your weekend/day(s) off 🙂

As my summaries are concerned, I am afraid this is the last one for May. I leave on a holiday to Canada next weekend and won’t be back until early June. Even though I will take my tablet with me, I probably won’t have the time to stick to my regular blogging routine, and I guess you’re going to have to make do with some touristy photos and a few lines instead 😉

Anyway, enough with the jibber-jabber, let’s move on to what you came here for in the first place: my weekly list of ever-growing knowledge!

Pentecost aside, this weekend it was all about the Eurovision Song Contest, which the Netherlands lost again, as usual. Although, we didn’t even do so bad! Normally we don’t even make it to the finals, but this year Douwe Bob came in eleventh!

As an honour to the Eurovision Song Contest, which I won’t be watching next year because honestly, the Ukraine did NOT have the best song (what happened, Australia!?) and I suspect they only won due to political games, I hereby present you with this week’s Earworm, which perfectly describes the post-Eurovision feeling I am having.

About Missing Pieces And Fulfilment

About New Years And Old Acquaintances

About All Kinds Of Issues

About The Places I’d Go…

About Someone Who Inspires Me

About My Top 3 Pet Peeves

About What Someone Told Me About Myself That I Never Forgot

About Ten Things That Make Me Really Happy