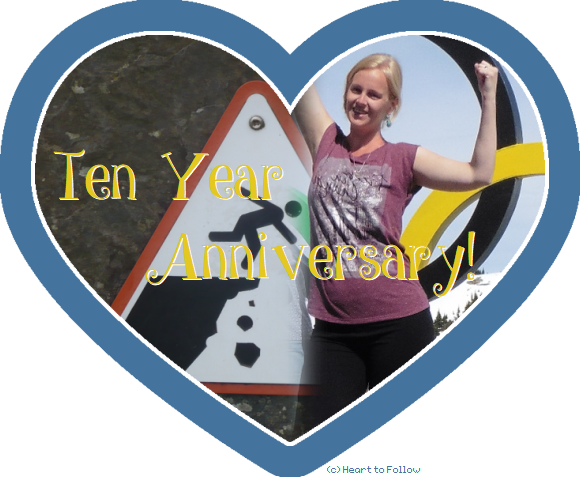 Ten years ago I sat in an arm chair at my godmother’s house, feeling all kinds of emotions but none of them related to any form of happiness.

I was trying to imagine what the World would look like after my depression was over. Would it actually ever be over? Could that be possible?

Was it a mere fantasy to think I could stop feeling and behaving the way my depression made me feel and behave?

Was there an escape possible from that seemingly everlasting sense of doom, doubt and depression? Was there? What would that feel like?

I couldn’t imagine what it would be like. Not at all. Ten years ago, in that arm chair, I was nothing but afraid. Terrified of myself and what I was capable of, which was nothing good to anyone and a whole lot of bad towards myself. Terrified of the path I had chosen: instead of following Plan A and opting out of life, I followed Plan B and actually made it onto a psychologist’s list of clients.

A real psychologist. Someone trained to help people like me shake off their depression and live a happy life instead. She was sure to fix me up, right?

In that arm chair, I wasn’t sure. My biggest fear was to be a lost cause. What if I couldn’t be fixed?

That was ten years ago.

I was going through some old papers a while back and found a letter my psychologist had written about my therapy. I took a look at the date and felt a shock go through me like a lightning bolt.

Ten years. It’s been ten years since my depression! I mean, I knew my anniversary was coming up, I just didn’t know it was going to happen in 2019!

If I could go back in time, I would visit that young, miserable, scared version of myself in that arm chair. I’d hug her and tell her she made the right decision. That there is nothing to be afraid of, because the biggest battle back then was already won: she chose life. She chose fighting over giving up. She chose to visit the darker parts of her soul, stare her depression right in the face and make it whimper off eventually.

I already had the battle in my pocket, yet it would take me ten years to realise that.

Ten years… I can’t put into words how happy I am to be here today, nor how proud I am of myself!

Proud of surviving. Proud of fighting for myself. Proud of the growth I’ve experience in ten year’s time! Proud of becoming me. And proudest of all for embracing my past, rather than stuffing it away in the most hidden corners of my mind.

For ten years now, I’ve been depression-free! Even now, when my old demons occasionally decide to pay me a visit, I know I’ll make it through.

Because I’ve been doing so for ten years.

Let’s add another ten to that! ❤

What’s your success story of 2019? What will you be celebrating?

12 thoughts on “Heart to Post: About The Biggest Battle Ever – Ten Years Later”